A map of the Queensland Innovation Ecosystem 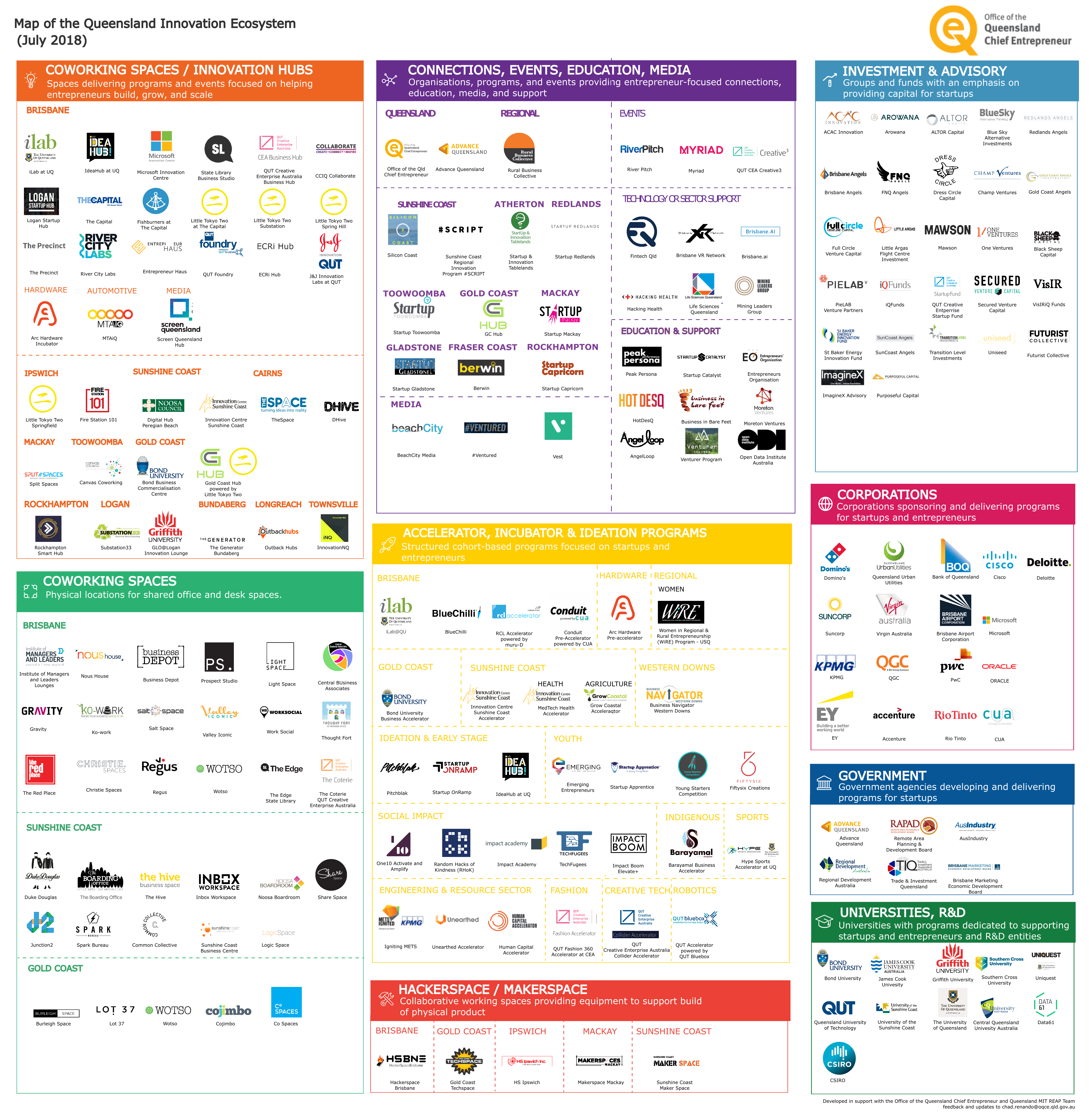 A map of the Queensland innovation ecosystem was recently released, capturing a representation of spaces, institutions, and organisations involved in helping entrepreneurs build, grow, and scale. 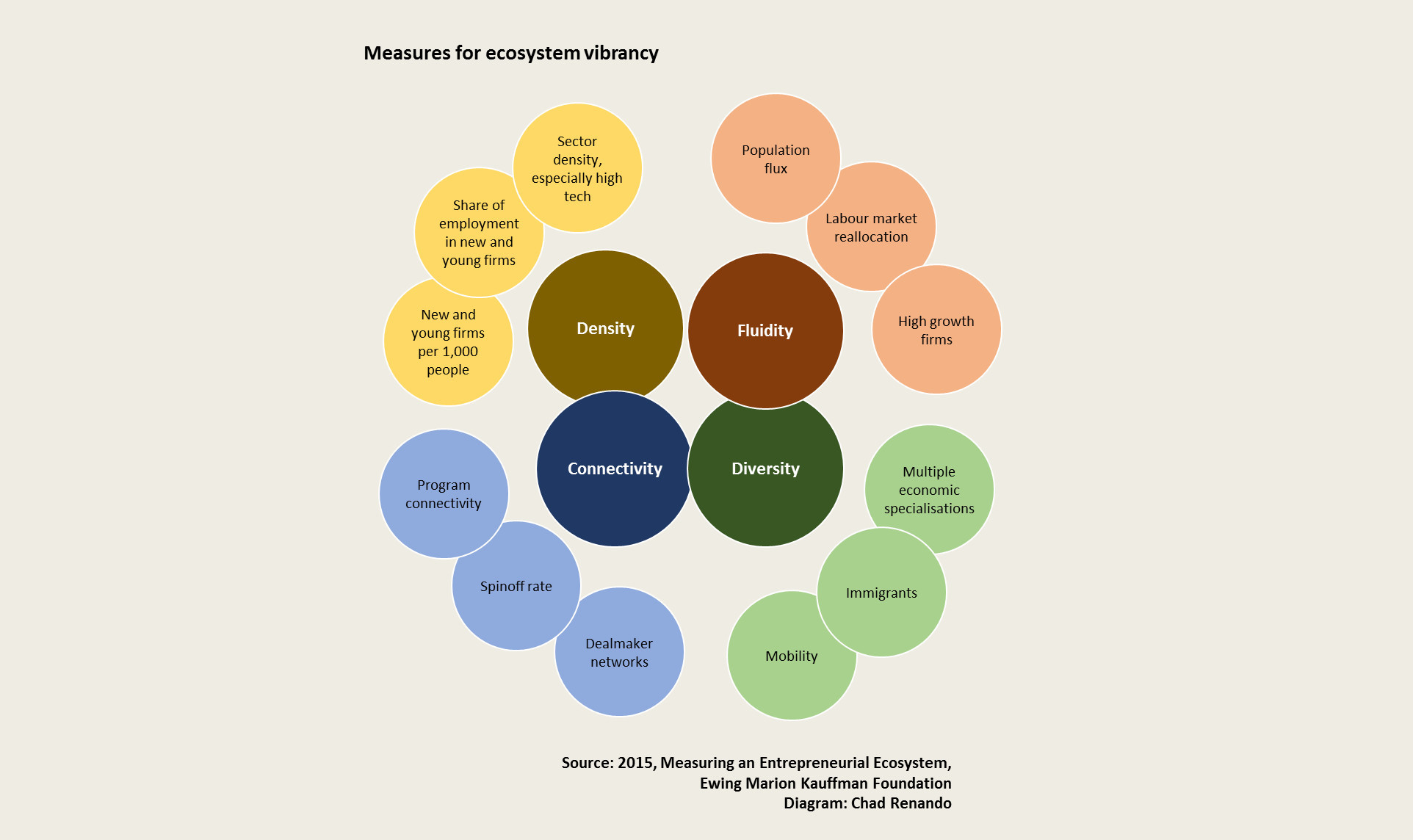 Work in progress and missing logos

As soon as the map is released, we become aware of missing logos. There are so many great organisations involved that support the entrepreneur’s journey. Some will be missed from the map, and many embarrassingly obvious. If this is you, apologies, please comment below or send me an email.

The scope of the map is the state of Queensland, and organisations with a base of operations in or operating out of Queensland. Other maps exist for a specific region like the Sunshine Coast which may have further detail.

The construct of an “innovation ecosystem” is used to capture the underlying system that drives innovation. Another construct that could be used is the “entrepreneur ecosystem” to place the emphasis on the entrepreneur as the primary actor, similar to the use of a “startup ecosystem” which narrows the focus further to the structure of the startup.

Innovation ecosystem is used for now, and it may evolve to entrepreneur ecosystem.

Building on past work

The map builds on past thinking, including:

A further list is maintained on the OQCE website. The map also builds and supports the great work being done by others including Techboard, Startup Muster, StartupAus, and other great national lists such as the Airtree Spreadsheet and the Australian Startup Resources list from Right Click Capital’s Garry Visiontay.

Also a shout out to other Australian states and cities doing great work in this area. Keen to continue to share and learn from each other’s efforts for the benefit of the entrepreneurs.

There are many involved in the journey of an entrepreneur and innovation development. A note on the segmentation used:

The map is not perfect, and as mentioned there are known omissions. But in the interest of shipping over perfect, it will do for this release. All data points are also in a back end system and a more dynamic version is in progress.

Your feedback is welcome. Please comment below and let me know what is missing to be included in the next release.

Sources and about me

Background as mentor, investor, entrepreneur, running an innovation hub, and now researching how best to make a broader impact on humanity.